I’ve used Sublime Text since the early v2 days, probably 6 years now. It has made my work life so much easier that I’m glad it’s still widely supported and actively developed. But as with all the things I use and like I haven’t used it in its default state for long. Quote quickly I began modifying settings, themes and color schemes, until I was happy.

Through the years I tried many different themes and color schemes – one of the later ones being Soda. But when OS X Yosemite was released the skeuomorphic nature of it didn’t fit anymore so I looked for alternatives. I found Spacegray. This was the theme that has accompanied me since then.

But recently I’ve been playing around with Atom. I definitely won’t ditch Sublime for it but the Spacegray version in there had colored file icons, which Spacegray didn’t have. So I made my own version. 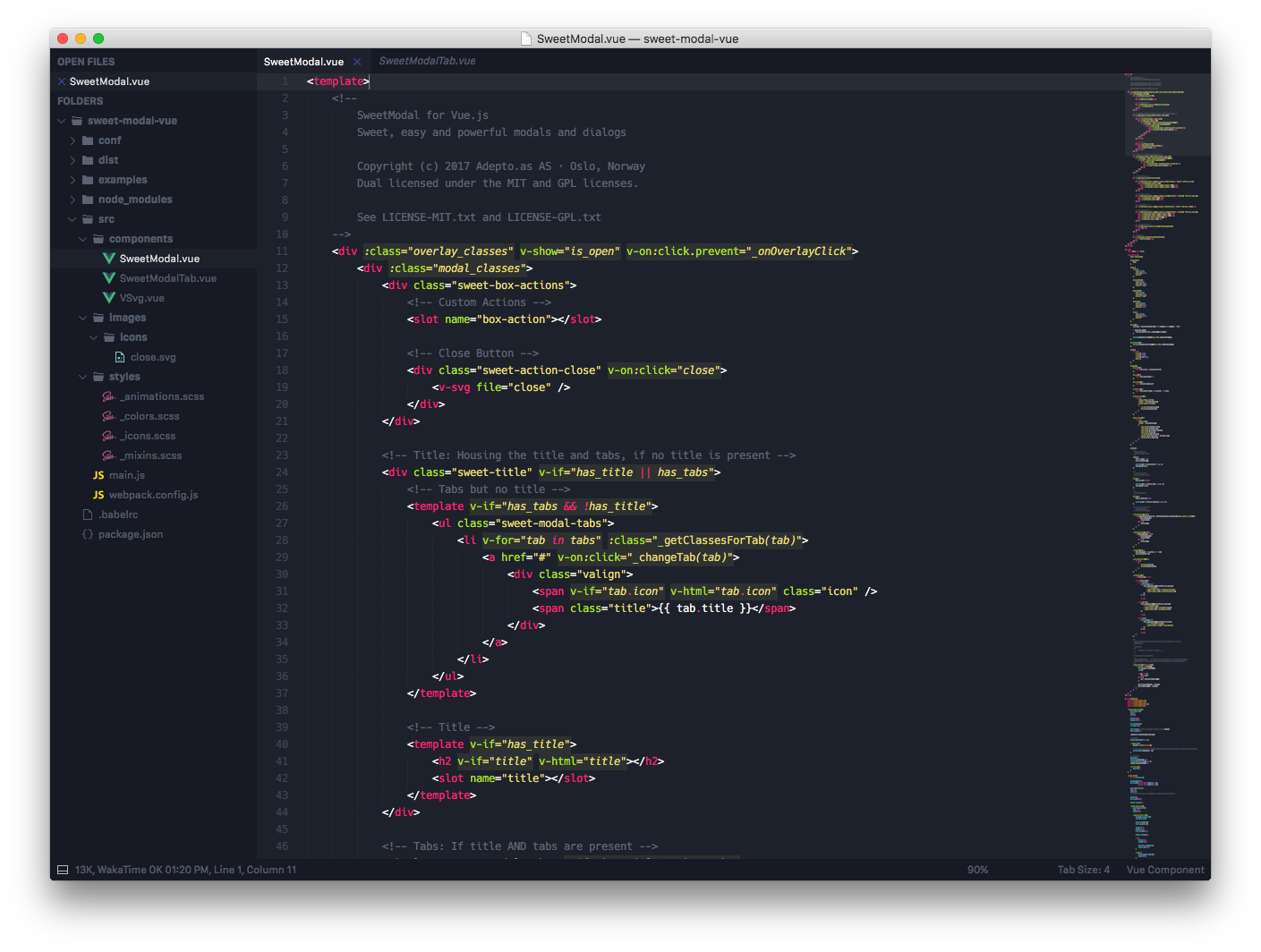 foculor is based on Spacegray itself but adds colored file icons and a matching Monokai color scheme as well as a Monokai scheme using the Nord color palette. I also made the colors much more pleasing to the eyes while retaining some vibrant accents for better legibility. Since I know some of you crazy people (;)) prefer light themes I also included a light version with a matching Monokai scheme.

In contrast to many other color schemes and even Spacegray itself I included support for some more exotic things: