2 years ago I decided to publish my wallpaper selection.

Because I’m lazy and didn’t want to handle anything manually I decided to upload them to Google Drive and use a PHP site to fetch them and lay them out. But as it always tends with stuff from Google, it was way too complicated. I had to manually refresh the token session at least once a week, sync took ages and at one point Google decided to break everything. And I didn’t even talk about their horrendous PHP-SDK yet…

Recently I moved to Dropbox. All of my stuff. I left Google Drive for many other reasons, including it sometimes breaking Pages documents or choking on a Keynote-preview. Dropbox handles things so much better than Google. Because of that move I decided to take a look at Dropbox’ API and boy, is it awesome!

I immediately downloaded Dropbox’ PHP-SDK through composer and had a go in the command line with it. It was immediately clear what does what and how it works. No stupid 300 objects just to get an array of all my files in /. It all just worked and was so easy. This made me think:

Why not revive my wallpaper collection?

Yeah, why not? I started building a small application that listed my wallpaper files to see how I can solve sync - the part, that was most crucial. Being used to Google I started thinking about syncing strategies and how I could create a diff between by local state and the remote state but then I realized: I don’t have to do this. Dropbox already did. They provide an API which you send a cursor to and Dropbox returns a list of changed files (api-v1/core/docs/delta).

This was the start of drafting the layout and structure of my collection. This time I wanted something very simple and basic. After several issues involving PHP crashing when using cURL (which, luckily, I was able to resolve) I finally have a version that is ready to publish. 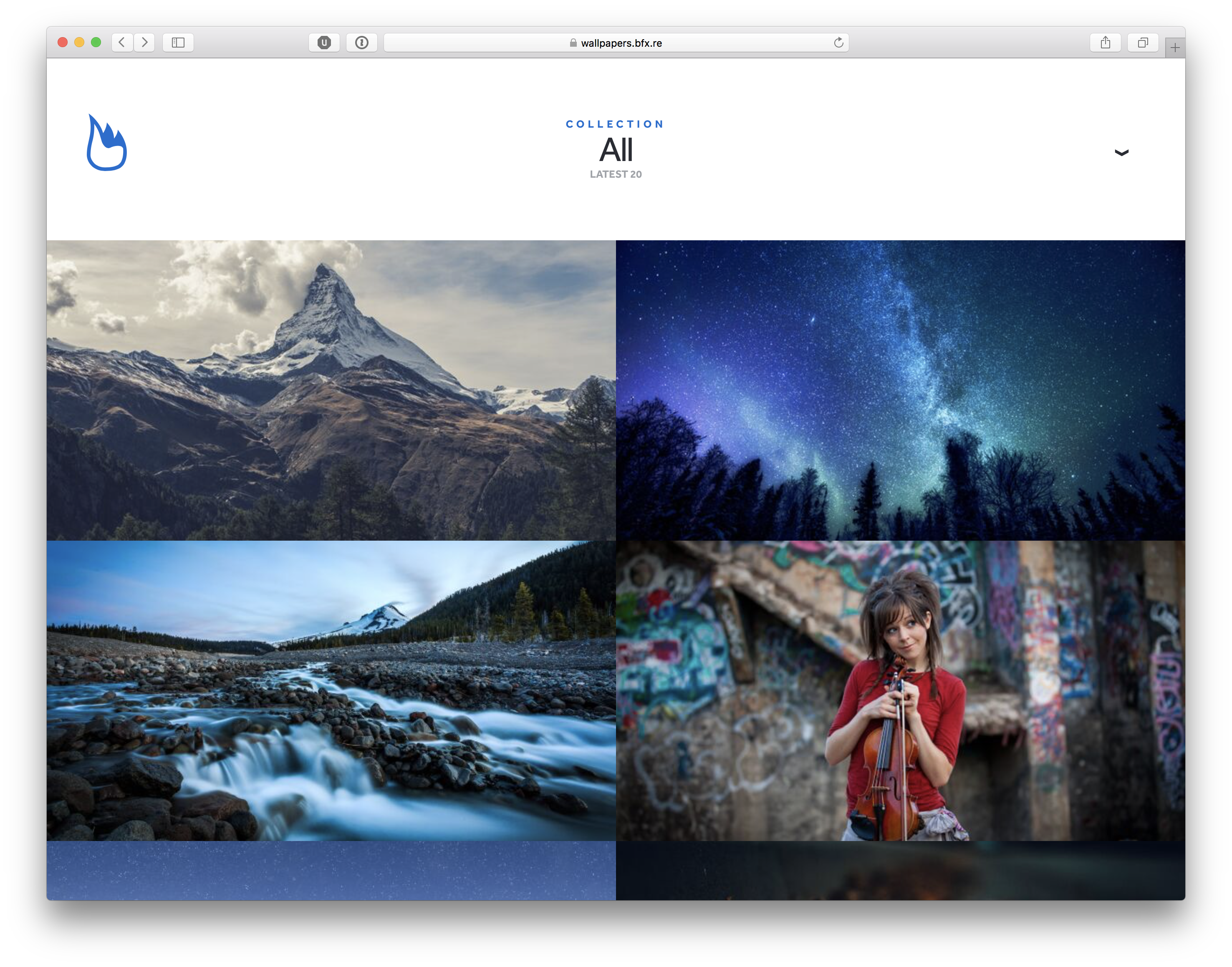